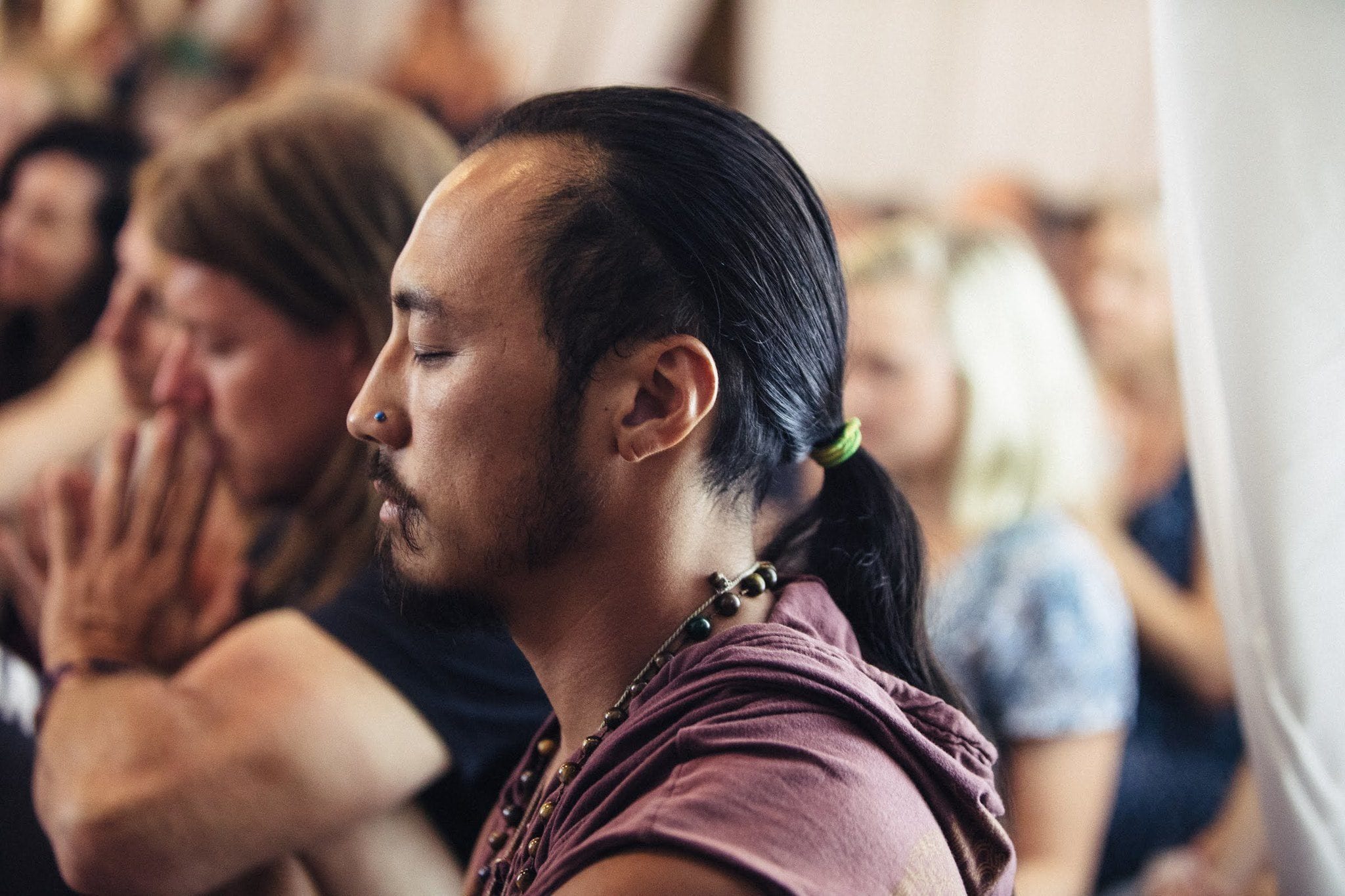 Having started his journey with Wanderlust as a wayfarer, Danni is well-versed in the magic of Wanderlust and a stellar guide for Wanderlust die-hards and newbies alike. You can catch Danni teaching Yoga Conditioning on Wanderlust TV, a mixed practice of strength and mobility training with the principle foundations of yoga.

Self-care has been a focus for women in the past few years as research has emerged on the increasing stress felt by women as they juggle work and home-life. There’s been a growing awareness among women that by making healthy choices around exercise, sleep and nutrition, and having a self-care arsenal of aids such as essential oils or restorative yoga, they can prevent tension from building up in both the body and mind. But what about men?

Research shows that men find it harder to handle stress than women leaving them more prone to depression and withdrawal, yet men do not tend to report their situation, and self-care is rarely discussed. There are men at Wanderlust, of course—many of them brought by their female partners. For many men, the Festival may be the first best place to learn about how to better care for their emotional and spiritual health.

“The two easiest ways that men unwind are to out for drinks, or binge-watch TV,” says Danni Pomplun, a San Francisco-based yoga teacher. “There’s nothing bad about these choices but they are unsustainable long-term. You don’t necessarily feel refreshed or relaxed after either of these,” he says.

The research backs him up. Studies show that binge-watching TV at night, for example, leads to fatigue, insomnia symptoms, and poorer sleep quality. And while alcohol may help deal with stress in the short term, in the long run it can contribute to feeling of depression and anxiety that make stress harder to deal with. That’s why encouraging men to engage in wellness activities—like those at a festival—may be a viable antidote.

The Challenge of Self-Care for Men

Danni says he went through a period of burn-out when he first started teaching yoga. “The easiest thing to do was to go home and have a beer to unwind, but it made it worse, and I knew I had to figure out a strategy to refill my energy reserves.”

He says one the challenges for men around self-care is even acknowledging that it is okay to take time to unwind or recuperate. “One of the reasons we don’t talk about self-care for men, is that there’s a sense that, as a man, you need to push through or tough it out. You can feel ashamed when you need to have a down moment.” In yoga classes, Danni says he sees men pushing themselves beyond their capacity, so that even exercise is sometimes not a helpful de-stressor for men. A place like Wanderlust can help men find support and community by meeting other men involved in wellness.

The term ‘self-care’ alone can be scary, he points out. “As men we often talk of “manning up” or “muscling through” so even speaking of something like self-care can feel very vulnerable.” But it is his hope that self-care for men can be normalized—“even if it’s calling it ‘downtime’ or ‘me-time,’” he adds.

Small changes in a routine or schedule can work wonders, says Danni. “Heading to a park on a lunchbreak, switching off the phone an hour before bed, or listening to some music in the morning or evening while lying in a restorative posture… Just finding ways to send a signal to the body and mind that it’s time to settle down can be very helpful.”

He says he introduced a pre-bedtime ritual that includes making tea, listening to music or meditating, and having the phone turned off. “Just these small inclusions of self-care can reduce stress,” he shares.

As self-care is not often something men are conscious of doing, female partners and friends can be helpful in introducing ways to help the men in their lives relax, offering alternatives to the TV or going to a bar.

Danni says one way is to take part in healthy activities together. “Go with your partner or friend to the park, do a yoga class, or cook or make tea together. When we do things together it demonstrates that taking care of oneself is normal. It shows there are many options for spending time in a way that is rejuvenating, and that those options aren’t so unusual.”

Dedicating time to get away and nurture the body and have fun is also key, he adds. “Spending time in an environment where your body will be taken care of and you’ll be surrounded by people all embracing self-care can really help to reset the system and encourage a commitment to making more downtime during the work week.”

Helen Avery is a senior writer for Wanderlust Media. She is also a journalist, writer, yoga teacher, minister, and full-time dog walker of Millie, residing in Brooklyn, New York. You can find out more about her on her website, Life as Love.