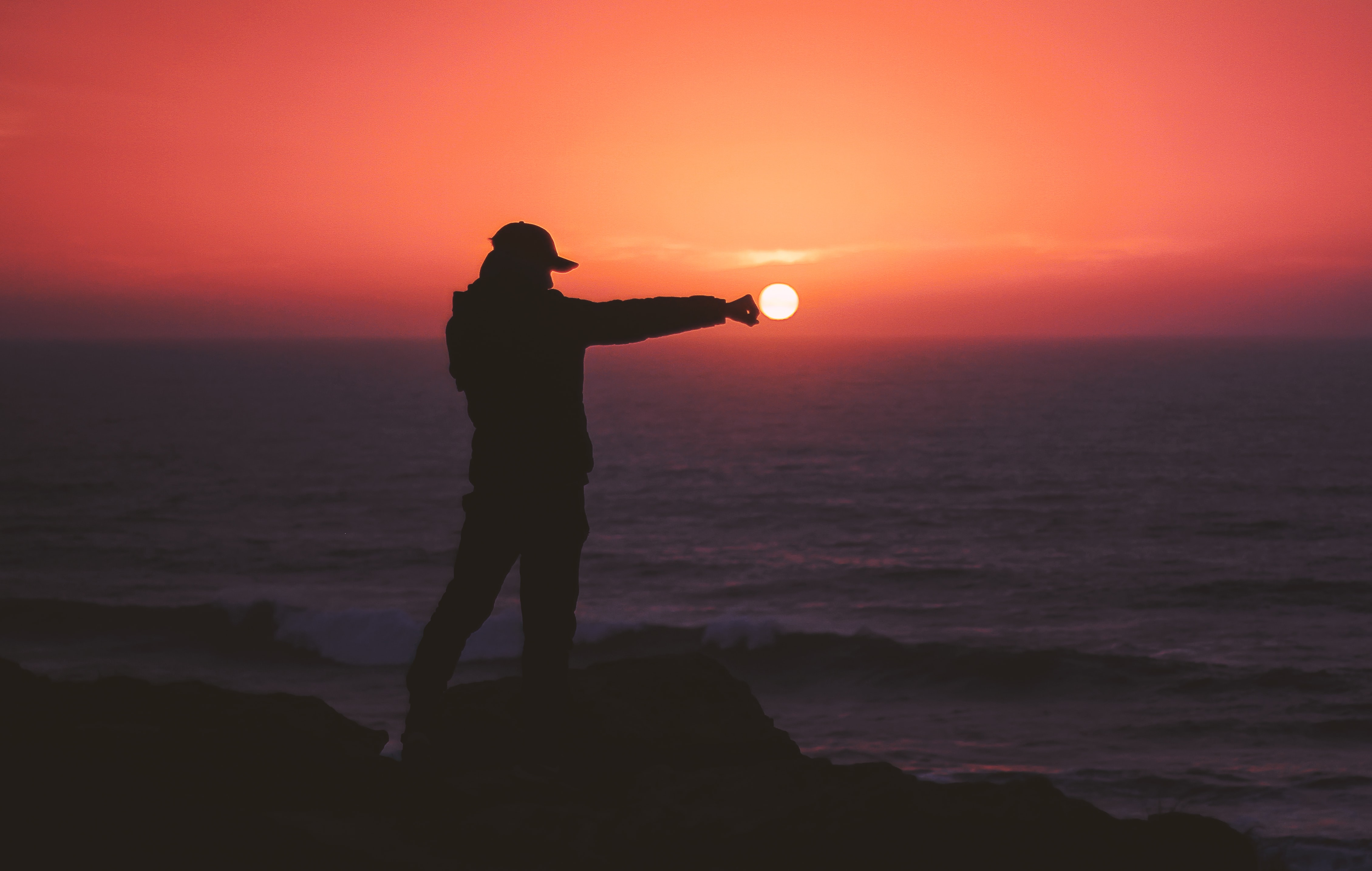 The expression “pushing a rock up a hill” is used when handling a frustrating or pointless task. The origin behind the phrase comes from the story of Sisyphus. His story is a lesson for humans who try to cheat death. While taking a closer look at Sisyphus, I tried to imagine what his situation felt like. I asked myself, “How would I have responded if I were Sisyphus?” If you are unfamiliar with the Greek story of Sisyphus, please take a seat in my figurative story-telling circle.

In Greek mythology, Sisyphus was the King of Corinth and an infamous trickster. He found himself in trouble with Zeus after cheating death twice. The first time by trapping his guard, the personified Thanatos, in hell. The second time by finding a loophole in burial procedures and persuading Persephone to release him. Zeus gave Sisyphus the eternal punishment of pushing a boulder up a steep hill. The punishment was cruel because it was impossible to complete the task and also maddened Sisyphus. The original tale served as a fable for those who try to cheat fate or mortality. However, the longer you think about Sisyphus’s tale, you cannot help but feel sorry for the guy.

From the Odyssey, the protagonist Homer says “[t]hen I witnessed the torture of Sisyphus, as he wrestled with a huge rock with both hands. Bracing himself and thrusting with hands and feet he pushed the boulder uphill to the top. But every time, as he was about to send it toppling over the crest, its sheer weight turned it back, and once again towards the plain the pitiless rock rolled down. So once more he had to wrestle with the thing and push it up, while the sweat poured from his limbs and the dust rose high above his head.”

A nagging voice in my head asked, “Why didn’t he stop pushing or refuse to push?” The logic behind my thinking was that if Sisyphus refused to push the boulder, he could avoid the whole situation entirely. Sisyphus would be free from Zeus’s punishment. However, I realized the punishment was not only about the physical aspect of pushing a boulder for all of eternity. There was an even greater punishment underneath the task at hand. Zeus took Sisyphus’s sense of purpose. He was neither living nor dying; he was stuck. What was his motivation?

It is in Chinese Tao’s philosophy to follow the flow of nature and assist it. Narratively, this makes sense as to why Zeus had to step in. Sisyphus tried to fight the nature of death. Zeus taking Sisyphus’s sense of purpose was removing his meaning of life. If you put yourself in Sisyphus’s shoes, you were this clever king who thought he could be immortal like gods. Then you are stripped of your life and placed in a personalized spot in hell (Hades). You know that whatever you do, the result will always end the same way. How do you find the will to continue, let alone carry out your sentence? By accepting his punishment and following the sequence of consequences, Sisyphus was able to find a deeper meaning.

There are many tasks that we face which feel impossible or pointless. Sisyphus finds purpose for himself in engaging in that process of pushing the rock. The point isn’t about getting the rock on top of the hill, but for him to live with purpose. Despite knowing the end result of the same boulder tumbling down the path he had pushed, Sisyphus continues to try again. Sisyphus maintains a self of identity and purpose by continuing to push the rock up a hill. While the rock may never reach the top of the hill, Sisyphus continues to practice exercising his strength. He still reaps the benefits from engaging in the process. Engaging in the process means we act with intent. Intention behind our actions helps us live with purpose and choose to act on what we can control. Purpose is how we deal with adversity. Whether it be pushing up a literal or metaphorical rock up a mountain, the most important thing is to try.