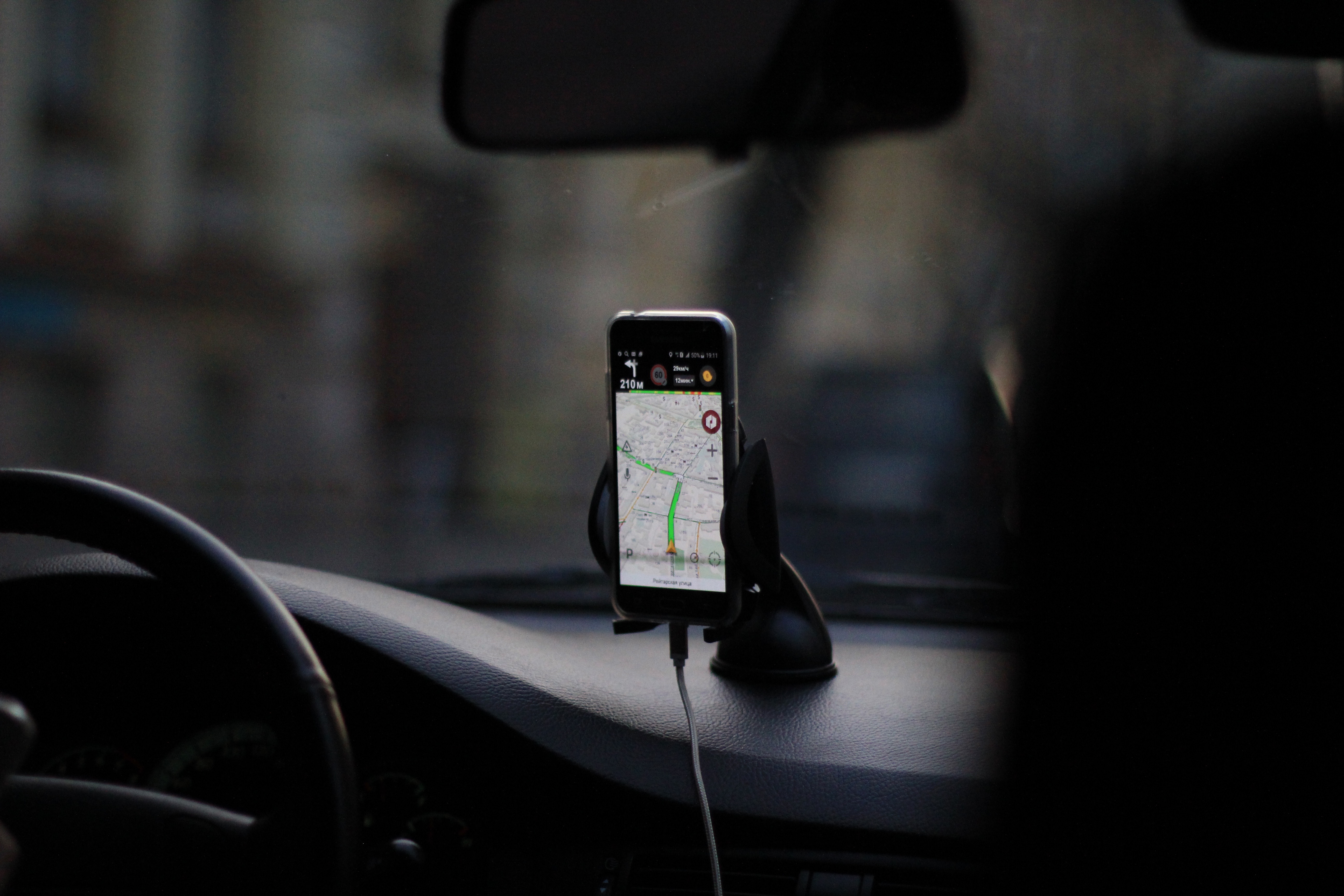 When I was a Lyft driver, passengers talked to me about all kinds of things: the conflict between finding meaningful work and achieving financial security; the pull of a gambling addiction; the endearing habits of one’s lovable cross-eyed cat.

One man recalled how he’d studied bats, flown helicopters, and met his wife down in Guadalajara, Mexico at different points in his life. A girl in her late teens discussed feeling caught between varying interests when deciding on a career—should she be a criminal investigator? Study geriatrics? Help kids with Down syndrome?

Cumulatively though, it was Siri who dominated the majority of my earscape.

Spending that much time with anyone will accustom you to their quirks and idiosyncrasies. It may also have you tallying up the things about them that occasionally lead you to want to throw them out the window.

At times I found myself quick to blame Siri; occasionally, even for things that were my own fault.

One morning, for example, I entered a destination only to be filled with horror and incredulity after seeing how long it would take to drive there.

“Two hours and 28 minutes to get to San Francisco?!” I said, aghast, while looking down at the screen. “Traffic must be horrible right now!”

Just as I was about to shoot the messenger and get mad at Siri, I realized I’d been the one to err—the GPS was set to pedestrian rather than driver mode.

Below is a cobbling together of the Siri traits that made me laugh and smile as well as the ones I could do without. In exploring both her endearing foibles and her annoying traits, my hope is to lay bare this oft taken for granted road companion in all her complexity.

1. When she finds alternative routes for me.

When heavy traffic clogs the freeway, Siri escorts me onto an alternative route. On one, we drove down bucolic side roads past fields of sunflowers while listening to country music and watching bugs splatter against my windshield. On another, a river gushed a few feet away from us, providing a peaceful backdrop both visually and auditorily.

I appreciate this. Her redirection tells me she’s looking out for me. It communicates an attempt to protect against stress—because even if the alt route doesn’t save significant time, I would much rather drive freely and with ample space on a scenic road than clustered amongst agitated drivers in the stop and go traffic of a congested freeway.

It’s endearing when she mispronounces a word (“lack a shore” instead of Lakeshore or “chai-ull” instead of chiles) in the same way that my dad (a Greek-Cypriot immigrant) calling the San Francisco Ferry Building the “Furry Building” is.

Another time, she simply said: “Drive to P.” I had no idea what she was talking about.

Usually Siri says the name of the person I’m about to fetch. “Pick up Mark,” or “Pick up Maria,” she’ll instruct.

One time, though, a request came in from a passenger whose name was written in Asian characters. Siri didn’t even bother trying to pronounce it. Immediately skipping over the name, she simply commanded: “Pick up.” Period.

4. That she can stand her ground.

That’s not to say she can’t dish it back when she’s treated with disrespect, though. She can, which to me is admirable. One time, for example, after I got annoyed with her and called her stupid (then felt guilty and immediately apologized), she misheard me and thought I said, “I love you.” Not quite ready to forgive me, she saucily quipped in response: “You hardly know me.”

5. When she says things in a comically serious or overly ominous tone of voice.

The tone she used once when instructing me to “pick up Doug at Top Dog” (a hot dog chain restaurant) made it sound like I was being sent to embark on an incredibly serious, no-nonsense mission.

“I need my top scout to go fetch a topnotch, high caliber sausage at Top Dog. You are to get there quickly, and you are to deliver it back to me intact–no questions asked–and you are not to tell anyone. I’m counting on you, Comrade,” I imagine her saying.

6. When she decides she’s over it.

When drivers are arriving at their destination, usually the GPS provides specific instructions: “Drop off Carla on the right,” or “Drop off Mitch on the left.”

Sometimes though, she won’t include the name. Instead she’ll only say “drop off.” There’s a command-like abruptness to the instruction, in response to which the passenger usually either laughs or becomes slightly offended at Siri’s insinuation that they are mere cargo to be left on the side of the road.

“I’m over this passenger, please dispose of them ASAP,” it’s as if she’s just flippantly announced.

7. When she demonstrates range and versatility.

8. When she keeps talking even after we’ve reached our destination.

Sometimes I forget to turn off the GPS upon arriving, and Siri will continue speaking—albeit with a muffled voice inside my bag. Once when we were at the grocery store, her sudden burst of speech startled a poor older man down the aisle from me, who turned his head in many directions to locate the source of the sound. By the time he had, I’d already reached into my bag and turned her off.

9. The way she had my back in a dream one night (does it count even though it didn’t occur in real life? Oh well, I’ll include it anyway).

My sister and I were in a car driving. I asked her a question; my sister didn’t respond. A few seconds passed and finally Siri stepped in to answer, most likely so that I wouldn’t feel bad. I don’t remember the question, nor what her answer was—only feeling grateful to Siri in that moment for her attempt.

Sometimes her attempts to help reach a level of overbearingness. She’ll say too much to the point that it’s disruptive, like that parent or well-meaning relative who keeps asking if you need anything when you’re trying to concentrate on an important task.

One time, for instance, I really wanted to get back to listening to my podcast, but Siri kept interrupting, feeling the need to read aloud the entire long name of the freeway that we were about to merge onto (“In .2 miles, merge onto I-80 Business Loop East, Sacramento, South Lake Tahoe”).

Sighing, I told her this wasn’t necessary; that she wasn’t being graded on her thoroughness, and that shorthand would suffice.

Ten seconds later, she interrupted the podcast once again to announce that I had successfully merged onto (repeat entire long name of freeway written out above).

2. When she displays past-focused rigidity.

I turned on some CBT to help get her mind out of the past.

3. When she engages in Schadenfreude.

Sometimes, like when she gleefully announces, “There is a slowdown on the Bay Bridge that is causing a 42 minute delay,” I wonder why her voice sounds so jubilant as she tells me this. It almost feels like she’s reveling in my discomfort.

Other times, she even seems possessed by a vindictive streak, instructing me to make a U-turn on the freeway or turn right into a concrete wall.

Like any machine, Siri is fallible. She’ll ghost (which is scary and can trigger abandonment issues, especially when you’re in an unfamiliar area surrounded by so many quickly moving vehicles and little idea of where you’re going).

I remember one time, as I drove a passenger back to their house in the Normal Heights neighborhood of San Diego, she directed me to the 805 North, then at some point stopped talking. Two Adele songs had played before I realized this though (which I did only after looking down at my phone and seeing I had missed our exit).

I pictured Siri in human form in that moment, smoking a blunt and lulled to sleep by Adele’s at once powerful and soporific vocals.

Reconciling the good and the bad

I know I’m not alone in my occasional impatience towards Siri; I’ve seen many other people display it as well. Sometimes I think the only thing we speak to more harshly than we speak to ourselves is Siri.

But what if we treated her more like someone we love?

What if we could accept that she’ll mess up the timing sometimes? That she won’t always say the right thing? That she can’t be there for us 100% of the time?

Overwhelmed by people’s unending needs and constant demands, she’ll burn out and shut down (it could be argued, by friends of hers in the service device community, that like the rest of us she too needs ‘me time’ to recharge).

Well, not exactly. But that doesn’t mean she’s not worthy of some gratitude. Maybe Siri Appreciation Day isn’t such an awful idea.

Siri, thank you for being uniquely you. It’s been a pleasure to ride with all that you are, warts and all.